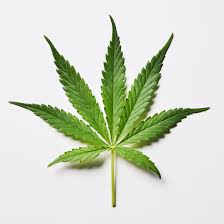 We ran across this article today and wanted to make it known to our clients – from CP24.com – https://www.cp24.com/lifestyle/health/ontario-research-shows-risks-associated-with-cannabis-exposure-during-pregnancy-1.4772686

Research from three Ontario universities sheds new light on the risks associated with cannabis use during pregnancy, finding the psychoactive component of the drug restricts oxygen and nutrients from crossing through the placenta.

The study from researchers at Queen’s, Western and McMaster universities, published in the journal Scientific Reports on Friday, found exposure to low doses of THC – equivalent to a daily joint – led to lower birth weights and organ sizes in rats.

“With legalization of cannabis in Canada, there’s a lot of misinformation out there about whether it’s safe for use in pregnancy. The reality is that (people think) because cannabis is legal it therefore must be safe, which is not necessarily true,” said Daniel Hardy of Western University in London, Ont., one of the study’s co-authors.

Health Canada has long warned against cannabis use during pregnancy, also noting its effects on brain development and birth weight. But the reasoning behind those negative effects – and a definitive link to THC – were not understood until now, the researchers said.

Hardy noted that some American studies suggest as many as one in five pregnant women are using cannabis to treat things such as anxiety and nausea, believing that because it’s natural, it must be safe.

But he said the new research adds to the growing body of evidence suggesting otherwise, at least when it comes to use during pregnancy.

We encourage you to read the full articles for all the details.

Want to save some money? Click here to see what’s on sale!

Address:
Located in…
Whitchurch-Stouffville, ON
Canada L4A 1Z3
(We’re East of Newmarket &
North of Stouffville
in Cedar Valley)
Phone:
416-937-5246
Email:
Click our Contact Form HERE.
(Since some idiot keeps spamming us, use the password “contact” to send a message through this form.)